WiBACK relays where most network operators see their limits

Due to its radio relay technology, WiBACK can be used to route broadband Internet from an existing infrastructure over several hundred kilometres without significant quality degradation. This flexibility allows WiBACK to quickly build networks that deliver capacity where it is actually needed. Since it is already turnkey after installation, it can be used not only by professional ISPs, but also by the users themselves, e.g. municipalities, companies or other institutions. The resulting low maintenance costs combined with the low energy consumption allow the construction of a WiBACK network almost anywhere.

All application types use the same hardware.

Most rural areas throughout the world experience bad connectivity to the Internet or no connection at all. Businesses suffer from reduced competitiveness and the population from digital exclusion. One of the reasons is the lack of technology to enable a suitable business case for the provision of high bandwidth services in many deployment scenarios.

For many network operators, it is not worthwhile to lay cables in sparsely populated areas, especially if the geographical situation proves to be particularly difficult – this is where WiBACK enters the picture. The development of WiBACK was motivated by the intention to offer carrier-grade service qualities for large-area voice and data transmission using cost-effective wireless technology making it an affordable, long-term placeholder for cable networks, while maintaining the goal of reliability and flexibility.

At this point, we would like to emphasize that WiBACK is not a one-to-one replacement for wired networks. If a cable connection is an option at your site, we strongly recommend that you use it instead, as it is most likely less susceptible to interference than a wireless connection and, in addition, often offers higher bandwidth. However, in many areas worldwide, this developmental process is likely to last for many decades to come and might often not even be on their agendas. WiBACK thus offers a cost-effective and fast solution that can already put the digital integration of non-networked areas into practice today.

From a technological point of view, the WiBACK core can be positioned between point-to-point radio links and fibre-optic backbone networks. In its deployment, WiBACK is supplemented by access technologies such as Wi-Fi, GSM, LTE, and 5G.

WiBACK provides a transport infrastructure and complements existing technology rather than replacing them. While WiBACK supports different types of access technologies (including GSM, LTE, and 5G) at the user front-end, it expects an IP-based network at the back-end. Typical mobile services such as roaming, or handover need to be implemented on top of WiBACK.

Establishing new networks requires usually a high effort to configure the involved hardware properly. Once the network is running, also high effort is required to maintain its functionality at a high level of reliability. This holds particularly true if wireless technologies are used since their reliability is usually lower compared to wired networks, leading to high operational expenditure (OPEX). WiBACK is addressing this problem by being highly self-managed so that specialist staff is no longer required.

In the figurative sense, even if a bit ironic, WiBACK can be understood as an extension cable to the nearest broadband Internet infrastructure. As soon as the nearest connection point approaches, e.g. because the broadband network to which it is connected has expanded, the WiBACK network can simultaneously move on. The mobility of such a network therefore makes it possible to temporarily supply areas with Internet before nodes and their users move to the next location (see temporary and nomadic).

A key feature of WiBACK technology is the ability to set up and operate communication networks quickly and effectively. This high flexibility comes into its own in many situations.

WiBACK enables communication at large-scale events. Many mobile phone users struggle with poor signal coverage, especially at large events when there are huge crowds. Unfortunately, this does not always only affect the guests of these events, as many on-site protagonists, e.g. staff, security, and rescue services, are heavily dependent on the mobile network when it comes to communicating with and among each other. Hence, for many service employees, some of whom work interlocked with each other, a breakdown in communication means severe losses in efficiency. A WiBACK communication network will make you independent of mobile networks. The WiBACK network serves as an additional communication channel and can therefore act as a bypass for the mobile network. This ensures that high-ranking service personnel, e.g. security and rescue services, can interact with each other without their accessibility being endangered by network overload. However, if the network is to be made accessible to a larger number of users, it is also possible to prioritise certain services in the network so that they take precedence over all others.

WiBACK contributes to disaster relief. One major problem for the local emergency services is usually the lack of a reliable communication channel, as existing terrestrial infrastructures such as mobile base stations, fibre optics, etc. have often been destroyed or are not operational. In general, all people depend on mobile services; if this is not possible, it is the old satellites and radios. However, reliable communication is essential to coordinate local forces and enable the local population to communicate with their relatives. With WiBACK, you can quickly set up a communication network that does not require any specially trained personnel for operation. It offers carrier-grade services and enables traffic prioritisation, e.g. guaranteed services for the police and fire brigade. Due to its low energy profile, it can be operated autonomously with solar energy around the clock so that it is not dependent on an available energy network.

In addition to temporary and permanent networks, which can relate not only to the period in which such a network is operated, but also to its location, WiBACK also includes a third area of application: so-called nomadic networks. As the name suggests, these networks can change location.

Given the considerable radio range of the WiBACK nodes (~20 km per hop), they can often be moved freely in the network, i.e. as long as the technical requirements are met (free line of sight etc.). In this way, the network operator and its network can flexibly change location and move the node to where it is needed for a certain period of time. This application is suitable, for example, for those who regularly work outside the wired Internet infrastructure and need a reliable connection without being dependent on the mobile network (e.g. field services such as mobile construction); the flexibility of WiBACK enables regular relocation, which is indispensable in many development projects. In contrast to mobile networks, WiBACK nodes are set up in the vicinity that provide access to the wireless Internet within their reach.

WiBACK offers the ability to transform any nomadic or temporary network into a permanent and vice versa and is thus able to respond to many application cases with its great versatility. 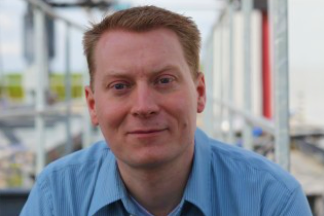