A Closer Look At WiBACK Hardware

The WiBACK Controller consists of an x86 system board (from low power Atom to 1U server – virtualization via KVM is possible) is typically located indoors and acts as the gateways between a WiBACK backhaul and a fixed network infrastructure (backbone). Most of the WiBACK self-x functionality is implemented in this device, including monitoring, spectrum management, E2E QoS provisioning and overall network management. Conceptually multiple Controllers can be present in a network to reduce the risk associated with a single point of failure.

The Controller manages traffic paths inside the WiBACK network and ensures that individual links will not be overloaded. In particular, links for voice traffic will always run at very low latency and close-to-zero packet loss.

WiBACK Nodes can be built based on any Linux-compatible x86 or ARMv7 CPU board and may provide any number of WiFi radios and/or Ethernet ports for backhauling. Thus, they can be customized for specific use cases. If required, some WiFi radios could be configured to operate as WiFi Access Points.

All our WiBACK Nodes are designed upon carefully selected COTS components to ensure an optimal cost/performance ratio at a very low energy footprint. Hence, our outdoor nodes can be easily solar-powered and the Node-4-Connect even already includes a charge controller for LiFePo batteries (our built-in battery is dimensioned for 24/7/365 operation in areas located roughly within the equatorial belt).

To foster local economies and human capacity building, we make blue prints of our hardware platform freely available to our partners and provide tutorials to enable them to locally procure, produce and repair their devices.

The basic WiBACK node is known as the Node-2-Connect-2 and features two WiFi radios and up to three Ethernet ports (typically only one is available when using our standard enclosure).

We have also developed a 4-radio node prototype that features a built-in charge controller, a GPS receiver, two Ethernet Ports (one with a PoE splitter, one with a PoE inserter). The matching battery and the system board fit into the same enclosure. The BoM for this design is also available on request.

Recently we built a prototype based on the Turris Omnia router which features 3 radios and up to five Ethernet ports. The BoM will be available soon. 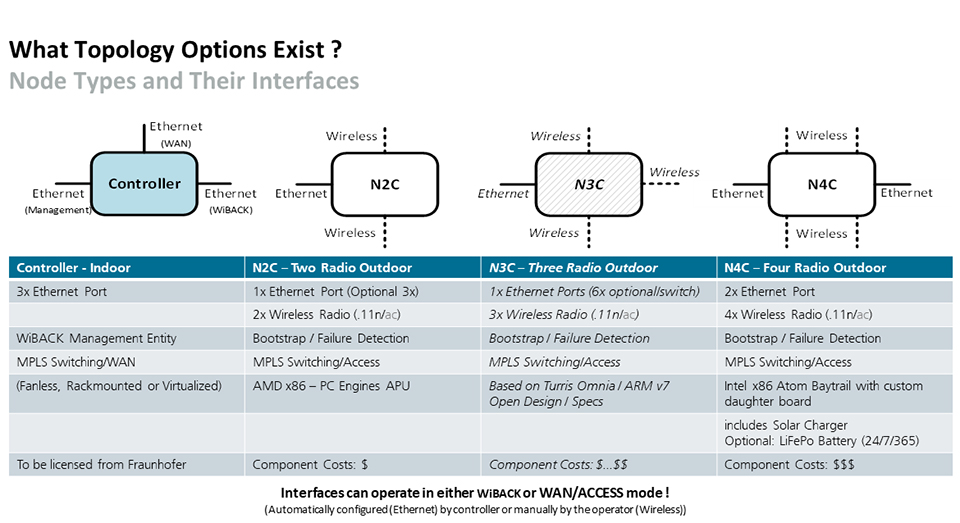 Different node types and comparison of their main features. 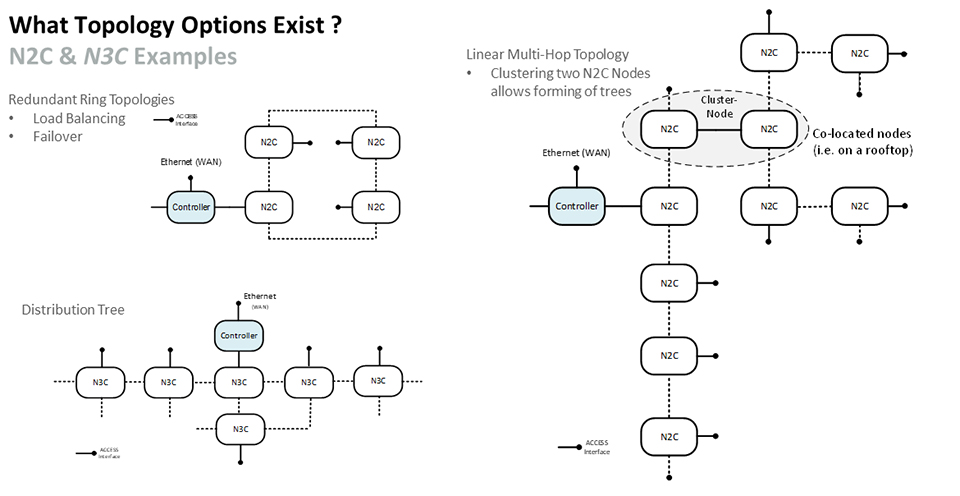 Typical network topologies that can be built upon the different WiBACK nodes.

Conceptually, all radio nodes could be equipped with different radio technologies. To date, professional-grade IEEE 802.11 (WiFi) equipment provides the optimal cost/performance ratio, but other technologies could be supported, as well. The modular WiBACK concept is future proof and allows for an easy integration of upcoming technologies such as mmWave, TVWS, etc.

Independent of the technologies used for the WiBACK backhaul, WiBACK provides transparent Ethernet on its Edge interfaces via standard Ethernet ports. Alternatively, the built-in WiFi radios can be configured to operate as WiFi Access Points. Furthermore, WiBACK nodes can act as a backhaul for IoT networks and our nodes can be equipped with a integrated LoRaWAN gateway. 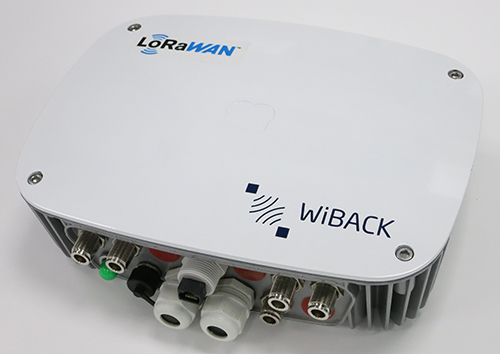 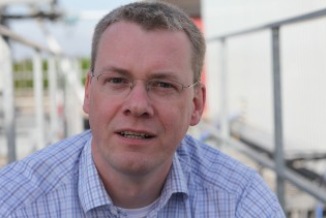